Eleanor Fallaway knew very little about art. What she did know was how to lie to a very convincing level.
“Well,” said her boss, making his way around the empty podiums stationed throughout his museum. “It’s certainly interesting.”
“It’s exactly what’s needed to launch ourselves into this previously untapped market,” Eleanor grinned, “A real head-turner. Did you know that ninety percent of teenagers don’t even know that art museums still exist!”
“Really?” Her boss’s eyes widened. “You don’t say?”
“Oh I do!” Eleanor nodded enthusiastically.
“And this will bring them in will it?” he asked, gazing at the podium critically.
“When the models are installed they will come flocking,” she assured him.
“Flocking?”
“Flocking!”
“Good,” he said, turning to walk back to his office. “Oh, by the way,” he paused and glanced back. “What was it called again?”
“The extraordinary within the ordinary,” Eleanor replied.
“Hum,” nodded her boss. “Original.” 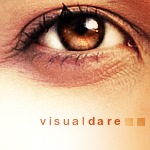