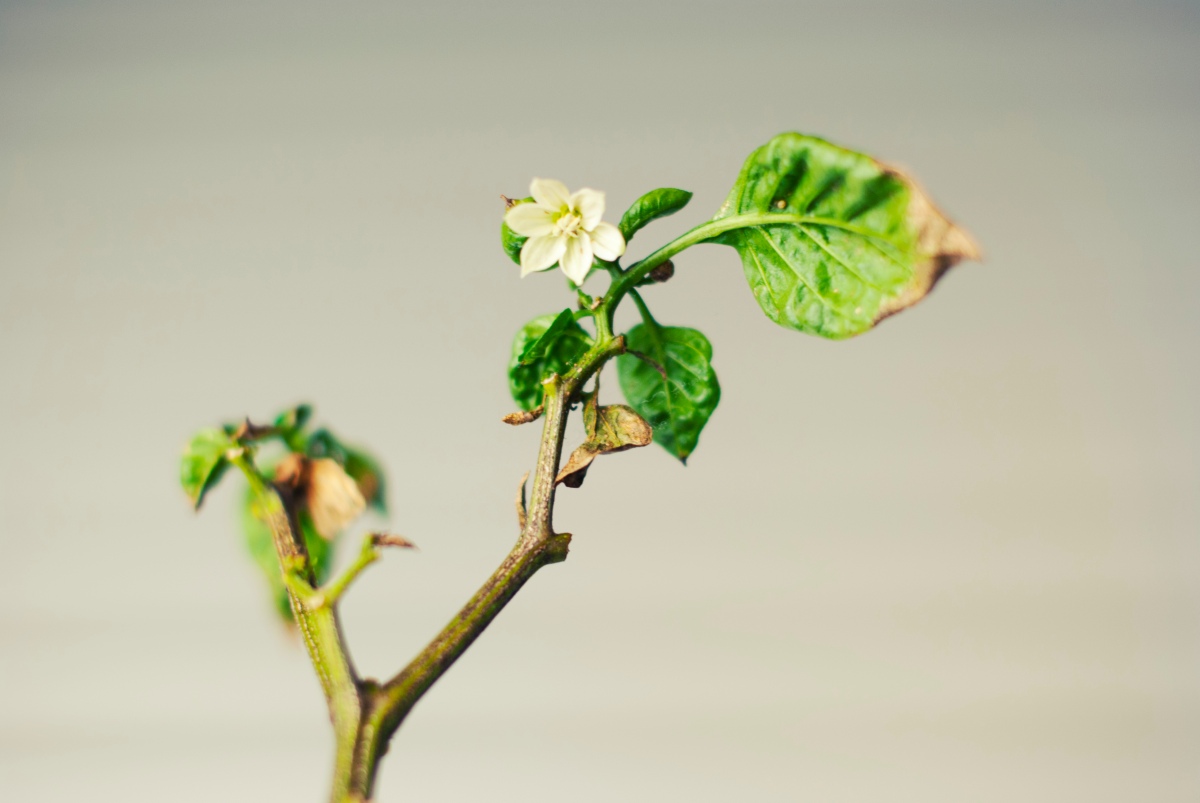 The girl on the other side of the door was short, squat, and wearing the sort of glasses that people compared to milk bottles. Through the spy hole she appeared harmless. She wore shiny black pumps, a green skirt, yellow blouse, and a knitted cardigan with tiny flowers dotted along the hem.

‘Hi there!’ She smiled with a lot of teeth when the door opened. Peering round the opening Eleanor wondered if it was natural for a mouth to open that wide or for someone to have that many teeth. When the girl said ‘hi’ her voice rose sharply, punctuating the word with a high pitched trill as her hands suddenly jerked forward, presenting the green potted thing for consideration.

‘What is it?’ Eleanor asked. She flicked a green leaf with one manicured nail and forced down a comment about the unsightly colour of the ceramic pot.

‘It’s lemon balm,’ trilled the girl. ‘I grow it in my garden. It’s really easy to keep, takes nearly no effort to make it grow.’

‘And what do I do with it?’ Eleanor prodded another leaf. It certainly smelled lemony.

‘Then as decoration. Spruce the place up a bit.’

‘We’re all spruced up thank you. The decorators finished last week and the whole house had a new coat of paint. It’s as decorated as you can get.’

‘You could have just said welcome.’

‘But this is more neighbourly, more friendly. We like being friendly around here.’

‘Really?’ Eleanor flinched back. ‘The previous owner told me that the neighbours kept to themselves for the most part.’

‘For the most part,’ agreed the girl. ‘But you’re new, so I decided to be friendly and introduce myself.’

The girl thrust the plant forward and let go. There was a small flash of panic as the pot started to descend and Eleanor saw soil exploding onto her new shoes. She caught it in time and suddenly she was standing alone in the doorway, the green thing in her hands.

She put in on the windowsill. She remembered something about plants liking sunlight, it helped them breathe. Or was that something else? Eleanor shook her head and turned her back on the plant.

She was hungry but there wasn’t anything in the fridge that appealed to her and the cook wasn’t due to start until the morning.

Her gaze turned to the plant and she frowned. Had it grown? Was it bigger than the last time she’d looked at it? She shook her head. That was ridiculous. There was no way that the plant could have grown in just a few moments. It must have been the hunger talking.

There was a nutri-grain bar, half squashed, at the bottom of her handbag. She tossed the wrapper into the bin and brushed the crumbs from her hands. The plant was still on the window sill and it did look like it might have been a little bigger than before. Eleanor assured herself that she was imagining things. In a few weeks it would be a dried out husk and she could chuck it away like all the other house-plants that had ever had the misfortune of crossing her path.  Right now though, she was going to bed.

There were hands on her. Hands with thin, weird, rubbery fingers. They started at her ankles and crept up her legs, worming past her hips until they were at her shoulders. More hands were joining them, more and more until-

Eleanor woke screaming. She blinked at the dark of her ceiling, her breath catching in her chest as the panic slowly subsided.

She tried to raise a hand to brush the hair from her face.

Her hand stayed where it was.

She tugged again but it didn’t move.

She yanked hard and something snapped. Her skin was sticky.

Eleanor scrambled for light beside her bed.

The switch clicked but the light was dim and tinged.

The lamp was wrapped in leaves, the light shining through green.

Eleanor looked at her arms and then her legs. She was covered in the stuff, the plant from the kitchen, it had grown and now it was in her room.

She felt the leaves moving. It was still growing.

Freda Myrs watched the police cordoned off the house across the street as she watered the plants on her window sill. She was humming to herself. It was a contented hum, the sort of hum one uses when they feel that life is coming together just the way that they want it to.

The police had taken away the body an hour ago but now there was quite a crowd around the house and they were struggling to keep people in check.

‘A mystery.’ That was what the young police officer had said. She’d made him a cup of tea but he’d only drank a few sips before leaving again. He’d wanted to know if she’d seen anything unusual the previous night. ‘A man perhaps? Do you know if there were any old boyfriends that she might have wanted to get away from?’

The policeman had nodded and jotted down her answer.

‘If you think of anything.’ He handed her a card and left.

Freda refilled the watering can and changed her humming.

Poor, foolish woman. She really did pick the wrong street to move to. They were quite happy without her kind around. 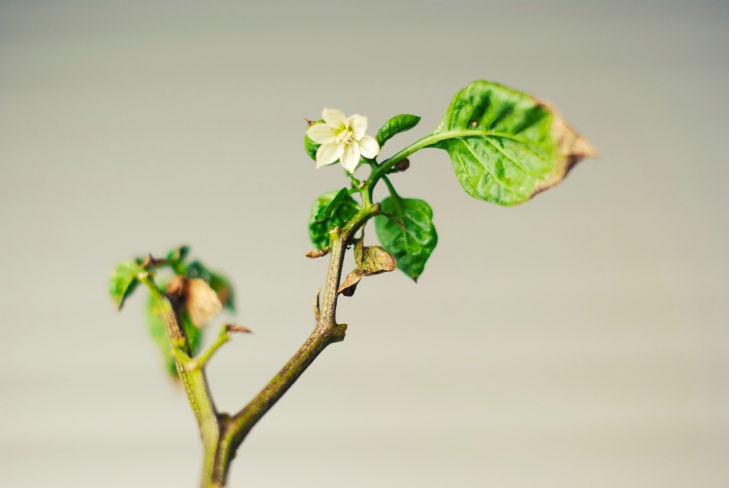 So this is a mixture of two prompts. The first is a discussion I had with a college at work about someone giving someone else a lemon balm plant as a gift but it not really being a gift but an assassination attempt, and Chuck Wendig’s Flash Fiction Challenge prompt to start a story with someone at the door: Knock Knock Who’s There.

I did start two of three different stories for Chuck’s prompt before settling on this story idea and I’ve tried to free write it as I want to free write something most Fridays.

If you have any comments please leave them blow as I love hearing your feedback, and if you want to get involved with Chuck Wendig’s prompt then make sure to go check it out and write your own ‘who’s at the door’ story.

He puts up a new prompt every Friday and they’re always interesting.