Good afternoon all you lovely readers! The weekend has rolled around again and that means one thing, it’s the weekend coffee share and you get to hear me rambling on about the week just gone and all my unlikely goals for the weak to come.

I realised something this week. There are over 150 poems on this blog! In total I have published 636 posts, [637 including this one],  but only around 150 of those posts are poetry. I suppose it’s hardly surprising when I look at all the short pieces of flash fiction I’ve written for various challenges such as ‘five sentence story’ and ‘100 word’ prompts. A lot of that writing is sitting unused though and I’m aware that it’s mostly my recent posts that get viewed when visitors pop onto the site for the first time. So I’m wondering about taking some of those 100 word stories and running a series of flash fictions where I expand them up to 1,000/2,000 words. Some of the characters that came out of those short pieces were really interesting and I love the idea of going back to them so it seems like a pretty solid plan. Of course I have some longer reads already, Headquarters, The Watcher, Dirt Beneath the Cobbles, and quite a few others. I’m wondering if I need to look at how the site is set up in regards to channelling traffic towards them because at the moment that don’t seem to be that well showcased.

This week I feel like I’m slowly getting back on track with my blogging. I didn’t put up a Friday Flash Fiction piece like I wanted to yesterday, but I did get a poem and a piece based on Shadow Dawn up. Despite this I’m still not feeling very creative and this morning I decided to really push myself and try and fishing the day feeling positive about what I’ve done to move myself forward.

So far today I’ve written two poems which I’ve submitted to a literary blog and I’ve bookmarked a few other sites to go back to later on when I’ve worked on some more stuff. Reading that back it doesn’t seem like very much but I did at least submit something and for me that’s quite a step.

The rest of the day is going to be spent sorting out stuff for the coming week. It’s become clearer and clearer that I suck at sitting down everyday and getting something up on this blog so I need to learn to schedule stuff to go up instead. I’m not sure if I’m going to use some of the flash fiction that I wrote last week or if I’m going to pull out an old 100 word story and expand it, but I’m hoping to get two or three Friday Flash Fictions set up for the coming weeks. That means I’ll have a bit more time to think about what I want to post before it needs to be done. It also ties in with what I said at the beginning, I want to put more focus on some of the longer stories on this blog and make sure that they don’t get buried under mountains of posts.

I’ve also joined up with a new online poetry anthology so I need to write a poem this afternoon that works for the prompt. After that it will be a weekly thing so that means I’ll need to sit down once a week and write something for that as well.

As well as working on my own writing I’m aware that I need to work on marketing this blog and trying to make it visible to a wider audience. This will probably mean trying to find some more guest post opportunities or perhaps looking into promoting certain posts on twitter. However, I need to be careful that I don’t loose track of writing Shadow Dawn or it will all be for nothing. Whatever I do, I need to remember that the book is my priority and I need to spend time on that.

All in all I have a busy weekend ahead of me. How about you guys? Are your weekends filled to the brim or is a lazy Sunday on the horizon? Have you ever looked at your blogging history and been surprised or are there some big plans of your own about to come about?

I love hearing from you so make sure to stop in for a chat below. 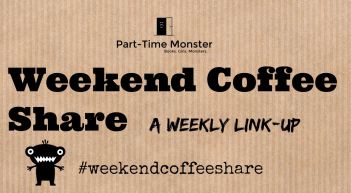