Hamite Market spread up from the docks like a fungus, ending abruptly along the western edge of the city where the Solemn River cut in between it and the slums of the lower town. Penned in, it heaved at the seams, a clutter of brightly patched canvas and noisy vendors, screeching over the racket of penned livestock and small children.

The market brats watch Jermine with careful eyes, their faces coated with muck to make them appear faceless, forgettable.

‘Do you want to sell that?’

The old woman sprang out from the flaps of her soothsayer’s tent before Jermine could leap back, her bony fingers wrapping around his wrist.

She yanked him closer and pawed towards the amulet hanging around his neck.

Her breath was stale and Jermine could feel his stomach turning over as she pressed in, her leathery face cracking into a smile.

‘How much?’ she asked, running a finger over the phoenix engraved on the amulet.

‘Nothing- I meant it’s not for sale,’ Jermine spluttered. He wrenched free and tucked the amulet beneath his shirt. A couple of vendors shot them odd looks from over their wears but no one else seemed concerned with the encounter.

‘Everything’s for sale,’ hissed the old woman. ‘How much?’

Jermine shook his head. ‘I told you, it’s not for sale.’

The old woman huffed and reached for the folds of her tent.

‘Come back when you change you mind,’ she said, vanishing inside.

Jermine watched her, his fists clenched at his sides to stop them reaching for the amulet. It wasn’t worth anything, it wasn’t real gold even, but it was his and he wasn’t going to sell it.

The market children scattered from his path as he resumed walking, quickening his pace to put distance between him and the soothsayers tent.

As he moved deeper the tents became smaller, more thread-worn, until they petered out into small shanties made of driftwood. The smell was stronger now and Jermine pulled his scarf across his face to dim the stench.

The blind man’s clothes were thinner than cobwebs, clinging to the bone like a shroud.

‘Still alive Mesin?’ Jermine nudged the bundle of rags and bones with his foot. ‘Come on Mesin, time to wake up.’

The blind man groaned and uncurled.

‘I’m awake you little bastard, what do you want?’He eased himself into a sitting position, his wide clouded eyes finding Jermine’s face too easily for comfort.

‘Same as always,’ said Jermine, producing a copper from his pocket and rapping it against the driftwood lean-to. ‘I need to know where to find someone.’

Mesin frowned and held out his hand for the copper. ‘Who is it this time?’

Smiling, Jermine handed it over and pulled a scrap of silk from a pocket inside his cloak. Mesin accepted that as well, poking a small wet tongue out to lick the material.

He coughed and spat.

‘I know,’ said Jermine. ‘What I need to know is where her body is?’

‘What use is that?’ Mesin snorted. ‘She’s been dead a while. Doubt there’s much left to bury or burn. Leave it where it is I say.’

Jermine plucked the fabric from Mesin’s fingers and tucked it away.

‘Normally I would agree, but in this case the circumstances insist that I track her down.’

‘Kill her, she’s already-‘ Mesin went quiet. ‘No, no, no,’ he whispered, ‘what are you pulling me into, what are you playing at you foolish boy.’ He scrambled away until his back hit the far wall of his home, which wasn’t very far, and the whole thing shuddered and threatened to collapse. ‘You should stay away, for her and me, you hear me. Don’t you come back here.’

The blind man began to shiver.

‘She’ll know,’ he moaned. ‘Her kind always know when they’ve been betrayed.’

‘You and your little code of monsters,’ Jermine tutted. ‘Maybe she will, maybe she won’t. I don’t see how it matters if she’s dust before sunset.’

Jermine’s boot connected with the driftwood structure with a crack and Mesin screamed as it came down on top of him.

‘The docks! The docks!’ Mesin was crying now, his face blotched and wet as he scrabbled at Jermine’s wrists with dirty, torn nails. ‘She’ll know you’re coming, she’ll know I helped you!’

‘Good. Let her be afraid for once.’ 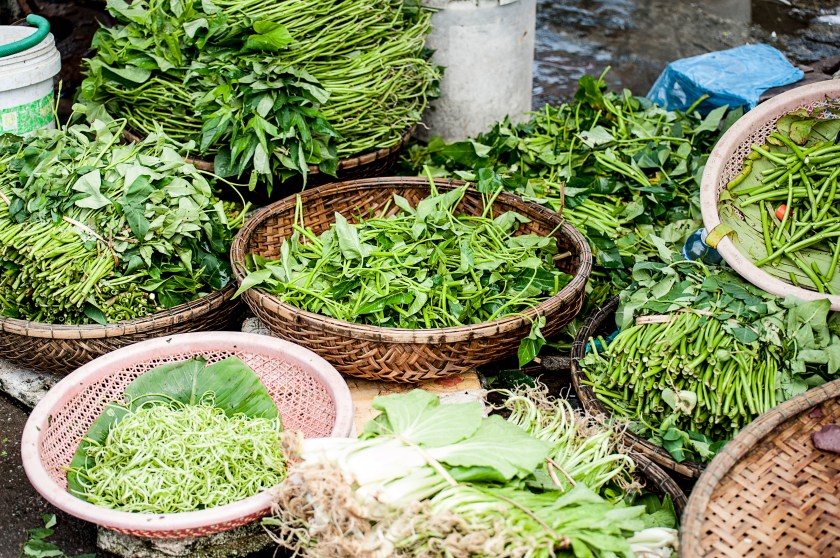