The swamp land on B-12-56-SLT covered the majority of the southern hemisphere, dissipating only where it crept towards the planet’s equator and morphed into a sea of emerald green lakes and salt beaches. When the sun rose Brigant could see the salt crystals shimmering beneath the waters, turning the whole horizon to silver and white. Beautiful and barren it marked a failure in his work, a failure he’d been unable to explain after ten years of studying the planes for any evidence to suggest why the terraforming hadn’t taken on that side of the planet.

He’d found nothing, and during that time the southern hemisphere had grown into chaos. With the northern half of the planet a ruin, The Planetary Authority For Planning And Development had refused to grant permission for any building work to take place on-world. They had ignored the small wooden shack that Brigant had cobbled together for himself, but set firm orders that any attempts to create networks for the habitation of life forms would be severely rebuked. In their words, B-12-56-SLT was not fit for purpose and posed a severe risk to the lives of anyone who would be situated there.

It was nonsense of course. Brigant might have not been very comfortable in his little, wooden house, but he was perfectly safe. The wet crept in off the swamp during the night and keeping the mildew off of the upholstery was tricky, but there was no danger.

That was until the swamp started to breed.

The premise for the original project had been simple. Terraform the planet to the point where life can be sustained, harvest all natural by-products created in the process and sell for additional profit, then begin building a new network to help the inter-galactic house crisis. Property developers had been at it for years and Brigant had seen no reason why this particular project would play out any differently than his previous. The conversion process failing halfway had been a unique surprise, the previously undiscovered alien species that began emerging from the swamp was a slightly more unnerving, unique surprise. Either way, Brigant had hoped that everything would even itself out eventually.

That hope began to fade when he woke up with a snake stretched out beside him.

The creature was about the width of his thigh and as long as Brigant was tall. An old memory from an ecological lecture back at university that he’d only attended by mistake fluttered in the depths of his consciousness. If he remembered correctly, snakes judged the viability of a perspective meal by measuring themselves against it, which meant that the snake stretched out beside him was trying to…

Brigant’s feet were outside his hut before he realised he’d left the bed. Staring at the open door he wondered if he should go back in and try to rescue his shoes, but the ground beneath his feet was pleasantly warm and he didn’t want to loose his life over a pair of brogues. The communicator modules still inside were perhaps a more significant loss however, and if he left them he would have no way of contacting the rest of the universe.

Consumed by the dilemma, Brigant almost missed the dull thud from inside the hut and the soft slither of movement across the floor. Flicking its pink tongue out in front the snake slipped through the doorway and onto the patchy grassland outside. Brigant backed up, eyeing the creature as it continued towards him.

‘Easy now,’ he croaked, voice hollowed by years of disuse. It might have occurred to him in a different situation the irony of not speaking to anyone for nine years only to end up trying to speak to a creature that would quite clearly have no idea what he was doing.

The creature continued and followed Brigant onto the coarse white beeches of the salt planes. It hissed as its belly scraped against the crystals and paused. Brigant slowed as well, trying to ignore the sting on the soles of his feet. If he ran the snake might well be fast enough to catch him he decided, but it didn’t seem to like the salt so there was a chance it might be slowed down.

In front of him the snake had turned its attention completely to the ground beneath it, hissing and writhing each time its scales came into contact with the plane. It tried to slither forward but recoiled almost immediately, retreating to the safety of the grass instead.

Brigant loosed the breath he’d been holding and felt the strength leech out his limbs, his knees crumpling. Sat on his heels he kept the snake in his line of sight but let himself relax, confident that he was safe for now at least.

It took three hours, by which point Brigant’s thighs and calves were cramping and his skin was starting to peel in the heat, before the snake vanished into the swamp. He waited to see if it would come back. Eventually he resigned himself to the fact that he would have to get up and try to return to his shack. From there he could contact someone and see if something could be done about the wildlife problem before it got any worse.

The undergrowth around his hut was blessedly free from anything long and slithery, allowing Brigant to hurry inside. The communicator modules lay on a makeshift desk in the corner, covered over with papers and gathering dust.

‘This is Brigant Hurts transmitting from B-12-56-SLT, requesting specialist response from the The Planetary Authority For Planning And Development in regards to project A-9PX in the Morepike Sector.’

There was a click on the line and the dial of someone connecting him through.

‘Well it’s somewhat strange,’ said Brigant, ‘I’m having something of a problem with-‘ he lost the rest of the sentence as the hut shifted on its foundations lurching sideways as something huge brushed past.

‘Mr Hurts? Mr Hurts are you still there?’

The daylight pooling through the doorway dimmed and vanished, followed by the two windows cut into the wooden timber walls.

‘Mr Hurts can you answer me?’

‘I-‘ Brigant swallowed the fear clogging his throat and brought the communicator module back up to his mouth. ‘Help,’ he squeaked. ‘I think I need help.’ 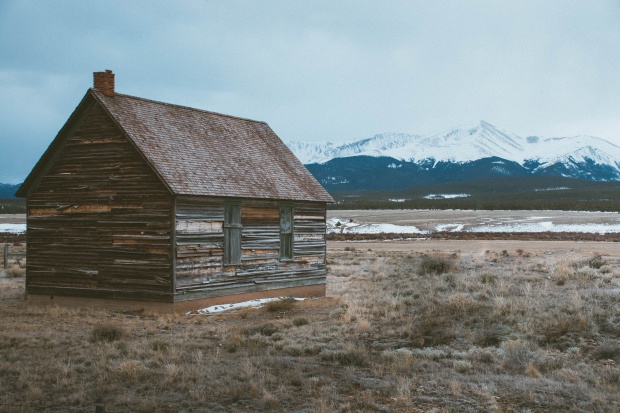 I been getting back into the habit of writing poetry over the last couple of weeks so I thought I should also try and get back into the habit of writing flash fiction. I’d not realised how old some of the stories on this site were until I looked the other day and what I realised is that I’m really bad for forgetting that I wrote something. It does make for a nice surprise when I re-read an old piece of flash fiction and realise that some of the work is not too shabby.

Tonight piece is curtsey of the Chuck Wendig Flash Fiction Challenge Prompt for the week. He’s provided ten random story titles and we have to pick one and write a 1,000 story using that title. There are some fantastic options so I might try another one out tomorrow if I get the time.

For now I’m happy that I’ve managed to knock out of piece of flash fiction this week. Hopefully I can do the same next Saturday.