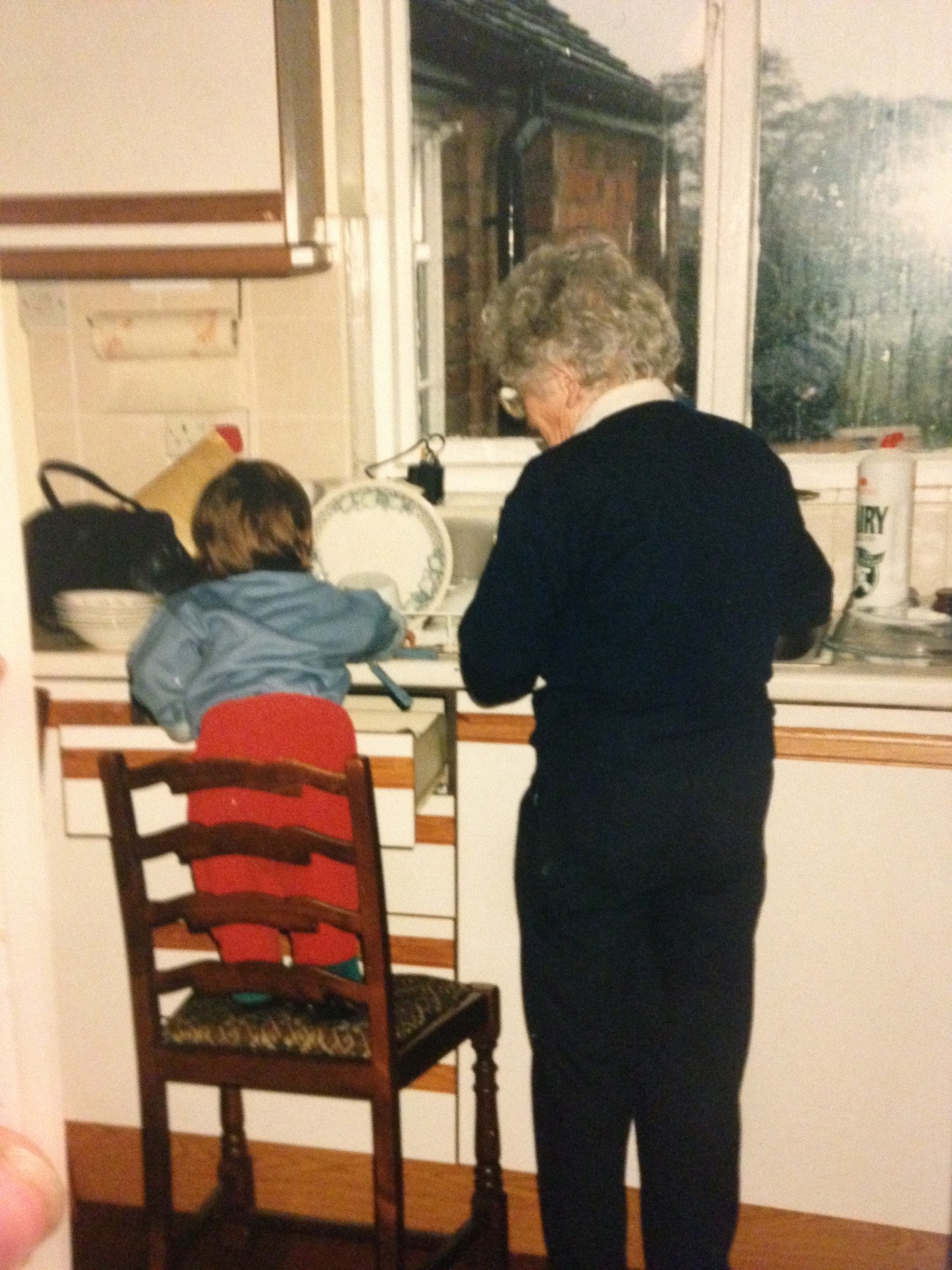 My Great-Grandmother did not turn grey in her old age, she went white instead. The photos of her in younger years are tinted sepia to the point where I’m not sure what colour her hair once was. I think it might have been the same brown as mine, but that’s just a guess. I’m sure my mother would remember if I asked her.

In my memories her hair is the same colour as icing sugar. The sort we sieved over golden mince pies straight from the oven in the kitchen, bronze mincemeat bubbling through the cracks. Though we only made them at Christmas in my head the sun is beating through the windows and the tress are heavy and green. Beneath my tiny feet the orange seat of the dining room chair creaks with each movement I make and there is flour beneath my finger-nails, packed tight beneath the tiny half moons. I know it is my job to decorate the pie crust before it goes in for baking. These stubby fingers will mash pastry rolls into smiles too thick to cook all the way through. When they break open after dinner, the dough is still white.

It’s Haibun Monday again at dVerse Poets Pub and tonight our prompt is ‘grey’. For some reason it reminded me immediately of a comment my Gran once made about my Great-Grandmother not going grey but going white instead while both her and my mum had grey streaks starting to appear. 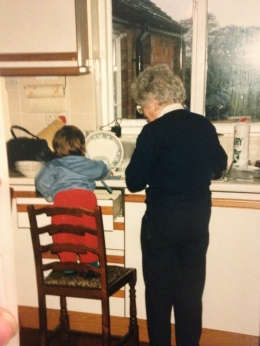 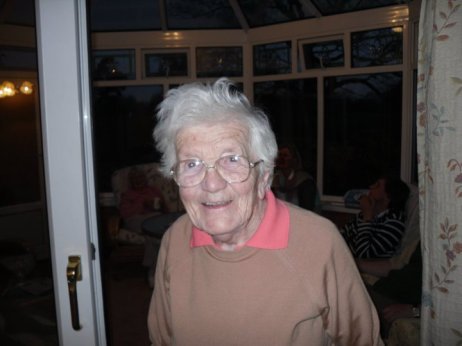 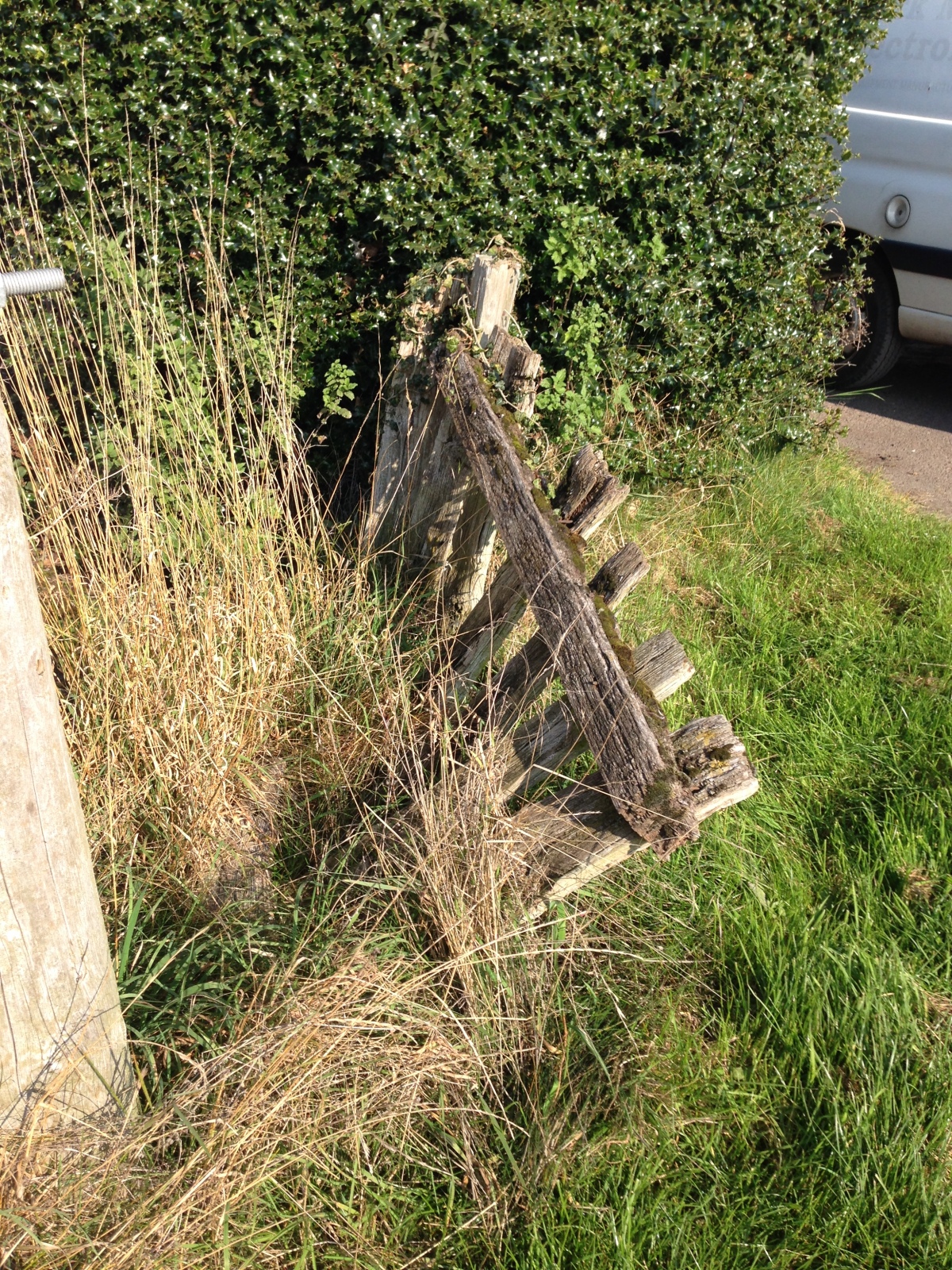 In response to The Daily Post’s writing prompt: “Boundaries.”

After growing up in the countryside I found that my perception of boundaries wasn’t the same as everyone else when I went to university.

I had two close neighbours when living with my parents. The bungalow on the other side of the hedge and the farmhouse a quarter of a mile down the road. The rest of our neighbours were the people on the farms who’s fields bordered our own.

At university my flatmates didn’t agree to this definition of a neighbour. If someone was more than a mile away then they couldn’t possibly be your next door neighbour.

I got tired of trying to explain that in the country-side it just sort of worked that way. 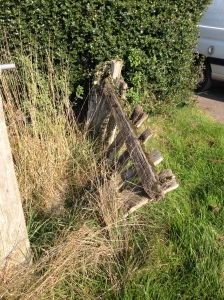 nities are the ones where everyone knows everyone and if they don’t know you then they know your aunt, or you mum or you granddad.

The boundaries shift in the countryside and seem to become more blurred.

Where I live now they seem much more rigid and guarded.

Anyway. I was mooching around Twemlows this morning after staying the night with my parents and the theme for the Weekly Photo Prompt popped into my head. It was my parent’s garden fence that actually did it.

This poor bit of fencing has been tumbling down for years, but it started me thinking about how growing up in that house had shaped my ideas about boundaries.

There’s a paddock on the other side of the house and I can remember there being a stile that you had to clamber over in order to get into the field. 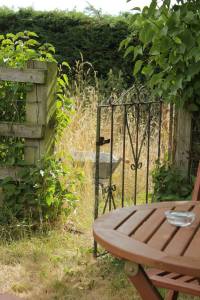 The normal occupants of this field were sheep, but eventually my mother decided that she wanted to divide the field in two and plant an orchard and a vegetable patch instead. The vegetable patch faded after a few years when interest and time waned, and instead the paddock became an overgrown wilderness for my sister and I to enjoy.

After marching through the wilds of the Ol’ Veg Patch, we braved the unknown of the Overgrown Garden and dug for treasure to smuggle back to the house.

There was a surprising amount of broken crockery in the garden and many a sunny day was spent trying to piece the fragments back together . I’ve sort of covered this before in Farm Archaeology, but hey ho. Wow, I’ve just checked and that post was over a year ago. I can’t believe it’s been that long.

Back onto the topic of boundaries. The only real one that my sister a 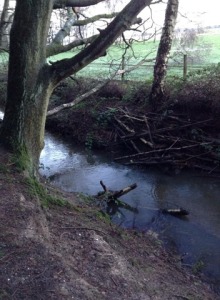 nd I really had was the brook half way down the drive. This little stream of water marked the boundary between Ash and Higher Heath, but also the end of our free run. Granted that free run went for a quarter of a mile down the lane so it wasn’t as if we were short of space.

For me it marked the end of safety and the start of real danger. The woods beyond were dark and shadowy and you didn’t know who you’d find in them. Even as an adult they still daunt me a little bit.

I suppose that while my sister and I had these physical boundaries, we never really had any creative ones. Our childhoods were ones of mud pies, digging for treasure and made up games that went on for days.

We were as free as you can get.